Well, this is officially my first Star Wars costume ever. And well its come along way from the first time I tried to do this back in mid June.

At first I wasnt sure if people would get the whole Pantoran X-wing pilot, or if the Rebel Legion would accept it. But I've been formally approved so they must have. I doubt there are too many other female Pantoran X-Wing pilots about, but perhaps with the pantoran presense in "Clone Wars" we may see more. 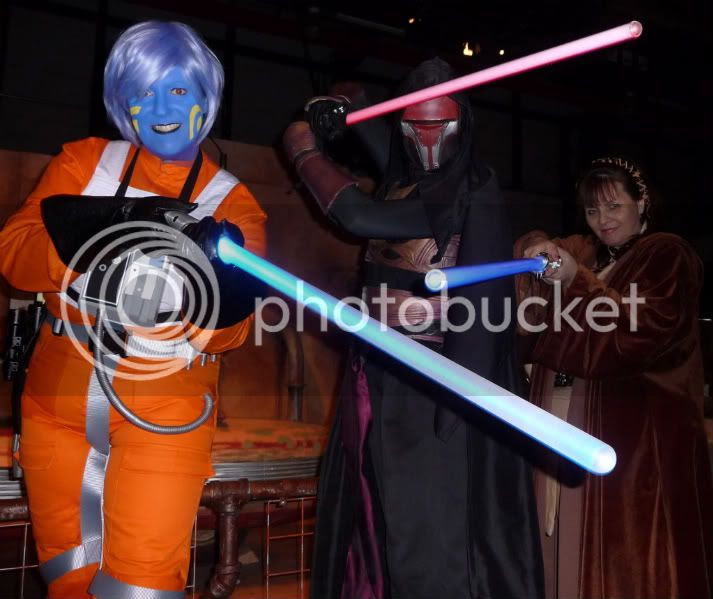 These are some photos from the weekend at the Star Wars exhibition at Scienceworks (part of Museum Victoria) I brought in my lightsaber as the kids really got a kick out of light sabers even though it really doesnt go with the costume. So i guess im a Jedi/Pilot in these shots? :-) 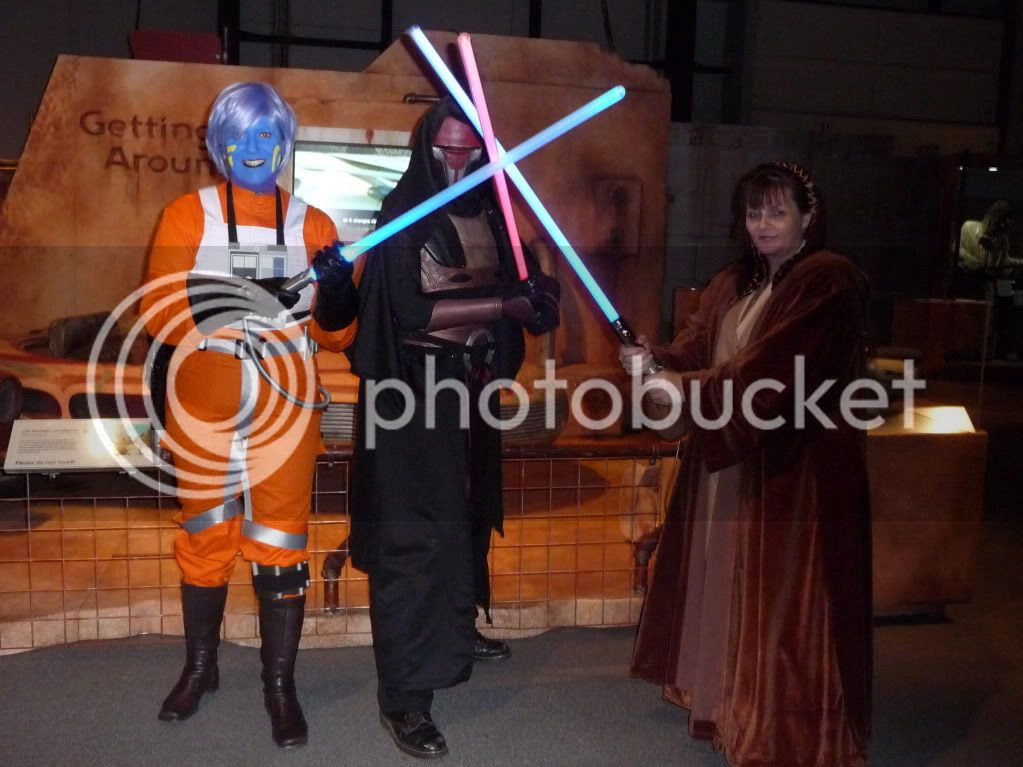 I still need to finish off my Helmet. When I registered with the Legion it was all intact, but as it was a rubies helmet, it was in Luke Skywalker's colours, so I recently redid it with blue Pantoran markings. I will post its progress shortly, was its almost complete.

There is also the question of the leg flares. I havent got enough (shock horror)
Posted by April Staines at 6:29 AM